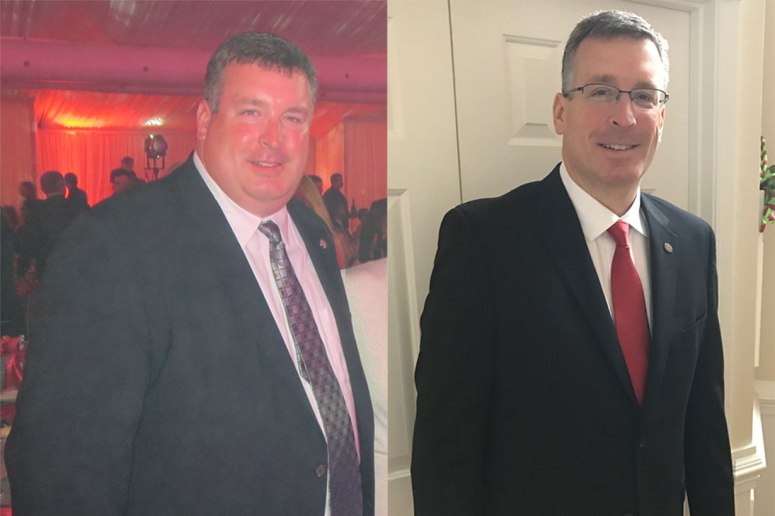 Coach Will literally saved my life.

It was in April 2016 when I first saw Will work with a local high school football coach, helping him lose nearly 90 pounds in just three months. During this time my physical health was spiraling out of control. I weighed more than I ever had and was diagnosed as a pre-diabetic. Heading towards a life with Type 2 Diabetes, doctors put me on Metformin to control my blood sugar, and so I turned to a program that I had done in the past: the Atkins Diet. In previous years, Atkins helped me dropped weight quickly, but I always put it back on. This time I knew that if I didn’t take drastic measures, my life could be at stake.

In July of 2016 I spoke with Will as he was training a number of my Novi Bobcat football players, including my son. He immediately said that he could help me, but I had to be all in. He made it clear that there would be no cheating or deviating off of the plan and that it would be a complete lifestyle change. He wasn’t kidding. He said if I did cheat, he was done working with me. I took those words to heart and began on his plan on August 1st, 2016.

It was a tough road with many conversations along the way with Will to keep me motivated and stay on the right path. From August 1st, 2016 to December 22nd, 2016 I lost 140 lbs. Some of my results include going from a waist size of 54 to 36, a size 4XL to XL, my cholesterol going from 180 to 140, my triglycerides going from 142 to 91, and my A1C went from 6.8 to 5.8. I was taken off of Metformin after less than 2 months on Will’s plan, I was able to come off of Prilosec (GERD Control), and recently I have had my blood pressure pill reduced to half the original dosage with the thought that I will be completely off of it at my next physical.

When faced with a challenge there are only two options: face it head on or walk away. Will’s constant coaching and guidance kept me on the path to success and he helped me overcome what I have been carrying with me for over 20 years. I am happy to say that now, almost 2 months later, I still practice what he taught me and have maintained my weight.

Will’s plan worked for me and there is no doubt his plan can work for anyone; but, you must be committed and want to transform your life. This program was not easy, but with a little “Will”power you too can achieve great results!

One thought on “Rob Lalain’s Story”